All articles tagged with "Punish"

When you have an ass as big as mistress Mel has, you can use it for anything. And today, mistress Mel used it to dominate and have fun at the expense of this loser. The hot giantess got this loser crushed into a tiny man and she did it with her feet and then used her ass to humiliate him further by putting him between her butt crack and he was degraded like never before.

This giantess did not like how proud and full of himself this guy was. He needed to be punished and that is why she chose to dominate and humiliate him to cut him down to size. The mistress crushed him and turned him into a tiny man. She then told him that she would only restore him to his normal self if he changed. He had no choice but to change.

Giantess Jade had a stingy boyfriend and she could not stand him anymore. She resolved to do something about it and that is why she chose to crush him and smother him into a tiny version of himself. He was shocked and he begged her for mercy saying he would make it rain on her and she would be taken for shopping and spoiled like she had never been spoiled before.

Goddess Nika had to attend the biggest concert of the year but she did not have the tickets. They had been sold out before she could buy and she had to find a way to get the tickets. The mistress chose to get them by torturing this guy who had bought more to sell exorbitantly. She did not want to pay those exorbitant prices so she used her giantess fetish to turn him into a little man and threatened to swallow him. He gave her a ticket free of charge. 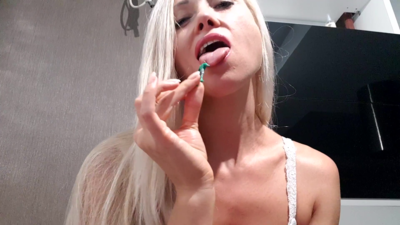 Goddess Hanna found out that this guy had defrauded the only lady next door of her life savings and she could not let it happen. She shrunk him into a tiny man using her giantess fetish and she made sure he paid her back double what he took from her. She was so mad that she nearly destroyed the guy completely. But he learned his lesson the hard way and styled up.

Mistress Lisa Jordan is a hot giantess. Unlike other giantesses, she does not like to punish and torture guys for fun. She prefers to do it for her sexual satisfaction. She enjoys voyeurism as well as swallowing or choking them as well as getting them to beg her. She loves it when they are desperate for her mercy because it makes her feel powerful. She shrunk this loser today and she felt powerful from the way he begged her to forgive him.

Mistress Lisa Jordan is a sexy giantess who enjoys torturing for fun. She is one of the few mistresses who torture random guys and for them, it is not about punishment but for fun. She used her powers to trample and crush this guy into a tiny toy. She dominated the little man with her mouth, tongue and anything else she felt like using. Then she transformed him back to his former self all shaken and fear stricken.

Mistress tortures guy for someone else

This mistress learned of what this guy had done and she had to reward him. She was pleased with his work, his effort as well as his dedication. And as a way to reward him, she told him to tell her what she could for him. He told her that he wanted her to torture his enemy. She agreed and she used her giantess powers to torture the guy into a tiny man and then drown him in her mouth and stomp on him with her giantess' feet.

Mistress Katia wanted to use her feet to teach this shoplifter a lesson. She caught him stealing from her store and she had to punish him. She did not hand him to the authorities. She just used her high heels to punish him. She shrunk him into a tiny man and she had a great time crushing him. She put him in her shoe and she wore it and walked for a few seconds with him in the shoe.

Giantess punishes boyfriend wanting to sleep with her friend

When her boyfriend tried to sleep with her friend, this mistress was mad. He should have at least tried to sleep with someone else! But now that he had done it, she had to show him what the consequences of his decisions were. She used her giantess powers to shrink him and she humiliated him. She tortured him by crushing him with her teeth and choking him with her ass as she sat on him.